Cato, called the Censor (234-149 B.C.), in his work De Agri Coltura describes the technology of producing Prosciutto used by the inhabitants of Cisalpine Gaul, which is more or less the same as is used today. 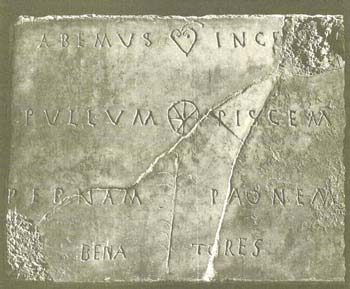 Terenzio Varrone (116-27 B.C.), in his work De Re Rustica cites Parma and its inhabitants who raise great herds of swine and are particularly able in the production of salted Prosciutti. The Greek historian and geographer Strabone in his Geografiatalks about prosciutto and how it is prepared.

On 8th February 1170 in a rental contract for land in the court of San Secondo, the Notary Pizzolese cites for the first time the Shoulder of pork amongst the goods used to pay the rent. 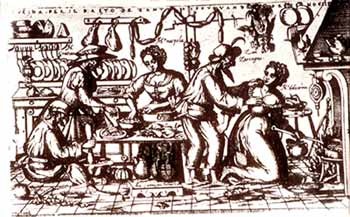 In the book Libro di Cocina the use of Prosciutto in gastronomy is cited.

In 1589 Prosciutto appears on the menu of the  elegant nuptial banquet of the Colonna family.

Carlo Nascia, chef at the court of Ranuccio II Farnese, cites in 1659 both Prosciutto and Felino Salame in his work on cuisine Li Quattro banchetti.
In 1691 the Bolognese Giuseppe Maria Mitelli drew for the first time in the Gioca della Cuccagna… what was called an ‘investitura’ from Parma which many people hold to be the equivalent of today’s Culatell. 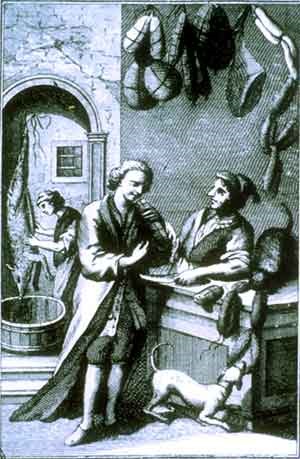 The Prime Minister of the Duchy of Parma, Guglielmo du Tillot draws up plans for building two slaughter houses exclusively for pigs in order to increase and further  valorize the local cured meat industry.  The first still life appears with raw salame; up to this moment it had been eaten after cooking.
On 11th May 1735 the local Municipal Price Lists for Salted Pork Meats uses the term Culatello for the first time.
On 16th May 1788 six Shoulders of Ham from San Secondo were sent to Modena for the Ducal dining table. 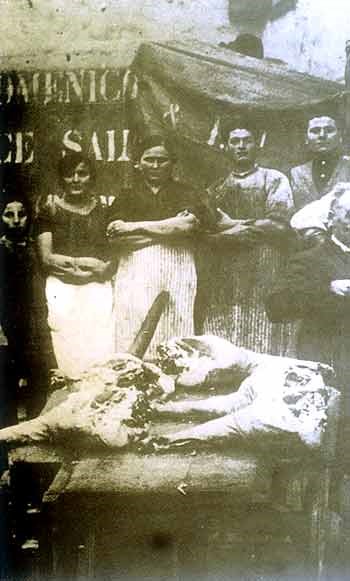 The Parmesan poet Giuseppe Callegari, in one of his stories written in local dialect in 1818, describes a meal in Paradise composed of bomba di riso and Culatello.
In his Topographical Dictionary of the Duchy of Parma from 1832-1834, Lorenzo Molossi under the entry for Langhirano describes the activity of prosciutto processing, while for San Secondo he expressly cites the production of Shoulder of Pork.
On 10th August 1890 in a letter to Teresa Stolz and to Giulio Ricordi, Giuseppe Verdi describes in great detail how to prepare and cook the shoulder of ham from San Secondo.
On 30th June 1891 Gabriele d’Annunzio writes to his silversmith friend Renato Brozzi an ode to Culatello in his own sumptious and image laden style. 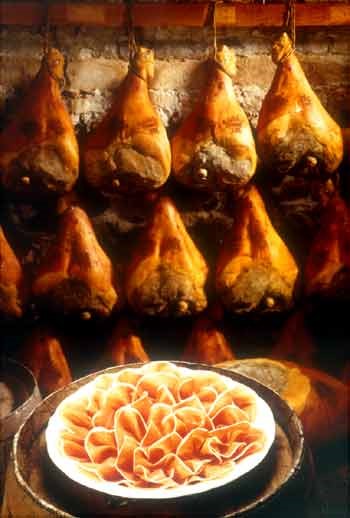 1913: the  Chamber of Commerce lists delineate the production centre of Langhirano for Prosciutto
1963: on 18th April the voluntary Consortium is officially set up amongst the producers of typical Parma Prosciutto.
1978: in a measure of 3rd July 1978, the Italian State charges the Consortium with carrying out quality checks on the product guaranteeing compliance with the standards required by regulations through affixing the well-known mark of the 5 pointed Ducal Crown on the ham rinds.
1996: on 12th June the Prosciutto of Parma is granted the right of the mark of Denomination of Protected Origin (DOP) by the European Community.